“I just remember going home and thinking, wow, I have a brain tumor? how? why? and what is going to happen?”

Mike is walking 55 miles to help fund a cure for Pediatric Brain Tumors. 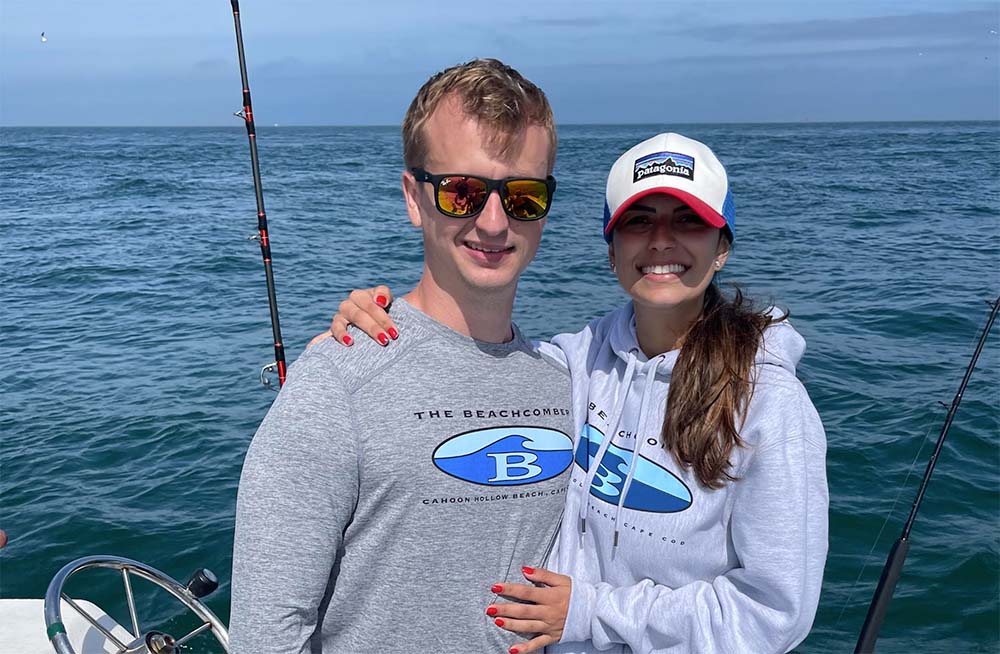 It’s safe to say, Mike Murray is a two-percenter, since (approximately) 2% of all pediatric brain tumors occur in adolescents aged 15-19. But for whatever reason, Mike’s tumor remained unobtrusive until he was 30 years old; yet the doctors are confident his glioma was initiated as a child until the stealth-like growth triggered life-changing events as an adult. 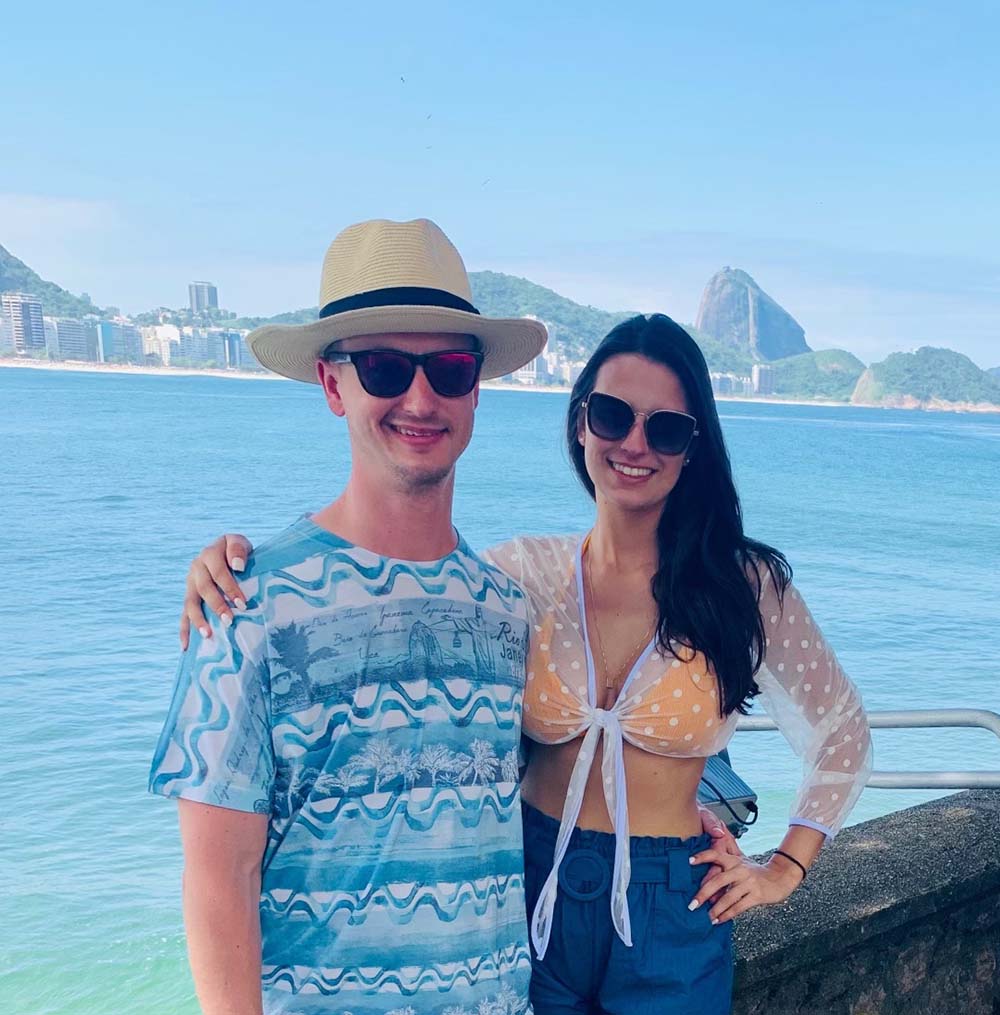 Mike was on vacation in Brazil, in the fall of 2018 with his fiancé when he suddenly began suffering massive headaches. “I thought I was fighting through food poisoning at that time. I had crazy headaches, blurry vision, loss of vision and I was throwing up … these were things that never happened in my life,” he recalled.

Mike’s symptoms subsided the next day and he returned to his home in Massachusetts. He was looking forward to his wedding and starting the next chapter of his life with his wife Gabi. 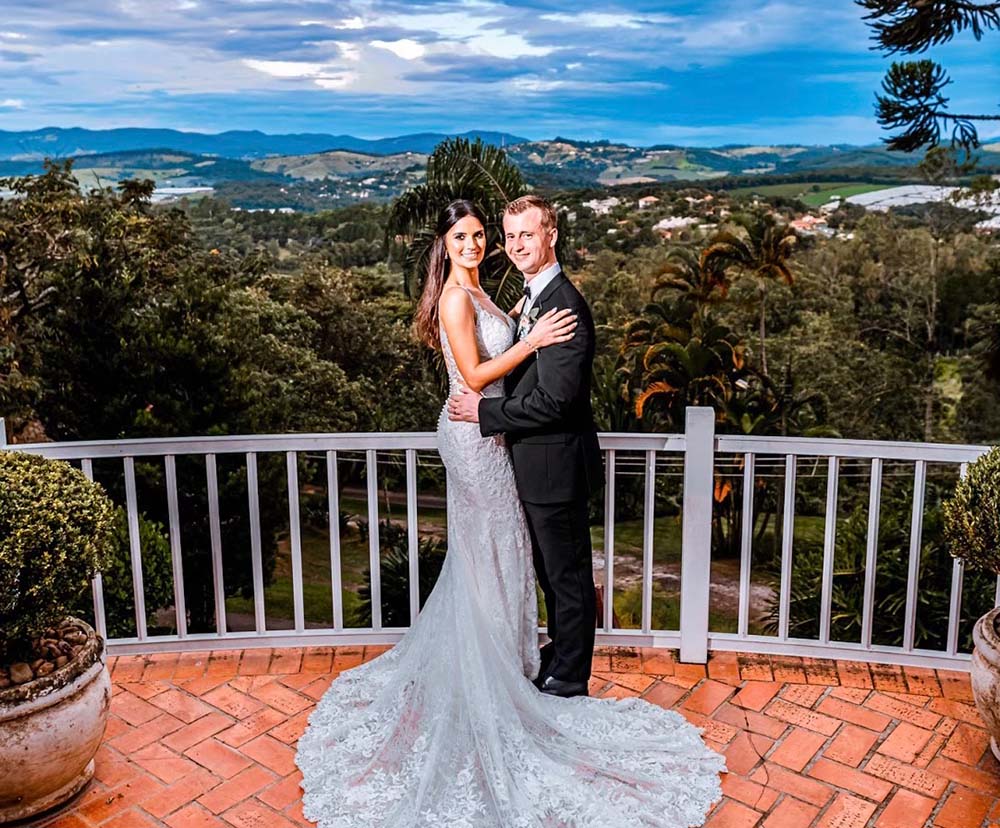 Newly married, In the spring of 2019, Mike began working a second job on weekends, to save for a house, with Tony Giorgio, at his real estate company in Boston. Almost immediately after that, Tony’s son, Jack was diagnosed with a brain tumor. “He (Jack) was only 11 at that time when someone told me he was diagnosed with a brain tumor. “I felt like someone had punched me in the stomach. My feelings were shock and frustration … how could something like this happen to a child.” At the same exact time, Mike was unaware that his impending tumor diagnosis would be just one month away.

His sickness would return on several occasions over the next few weeks. Mike’s doctor ordered an MRI. “At the time they were thinking it could have possibly been a parasite that I may have contracted while in Brazil, which was scary and strange,” he confirms.

Upon finishing the test, the doctor disclosed that Mike had a mass in his brain and that he would not be able to drive, but he would need to go directly to the hospital for a diagnosis. Within a week of taking the biopsy, the doctors confirmed that Mike had a glioma, which was blocking spinal fluid. “I just remember going home and thinking, wow, I have a brain tumor? how? why? and what is going to happen?”

The likelihood of Mike’s tumor discovery, while Jack was undergoing his treatments at the exact same time, would turn out to be a blessing in disguise. “Jack and I were diagnosed with rare brain tumors within 35 days of each other … the odds of this happening are unbelievably slim, Mike retrospects.

The team at Massachusetts General Hospital also confirmed that Mike’s tumor had been growing for years, but they weren’t sure of its pace nor how to immediately deal with the tumor; so they opted to buy time, be patient, “keep a close eye on it” and schedule a series of follow-ups to measure its volume and monitor the growth.

During a November 2020 MRI the doctors recognized that Mike’s tumor was growing at a rapid pace. The medical team confirmed that he would need surgery, immediately. “That was an anxious time for me and my family. Before my surgery I called Jack for moral support (since he was always a step ahead of me with his tumor) I’ll never forget his words of wisdom.’ toughen up buttercup.’ Knowing that a kid had just gone through the same thing, and was telling me to toughen up, not only made me laugh, but gave me a great sense of peace entering the operating room.”

With new techniques and technologies, Mike Murray’s surgery was considered a breakthrough success. “I am so lucky, I never had chemo, never had to get radiation, and I was back on my feet after a quick recovery… it’s really a relief and I’m so grateful.”

Mike has taken those two years of anguish and put it into perspective. He’s now telling his story and championing efforts to bring awareness and raise funds for childhood brain tumor research and medicines through the Pediatric Brain Tumor Foundation - and teaming with Jack’s Drive 55 on several events.

His genuine gratitude is widely expressed and his lifelong bond with Jack and the Giorgio family has put them on a crusade for children whose futures may not be as favorable.

“There are so many kids who deserve a normal, healthy childhood. I had a normal one and I also had a tumor that was growing in me for years, but I am very lucky that science, research, medicine, and technology are so much more advanced - so I’m going to keep working to continue funding efforts for all the kids who have to suffer this dreadful disease.”