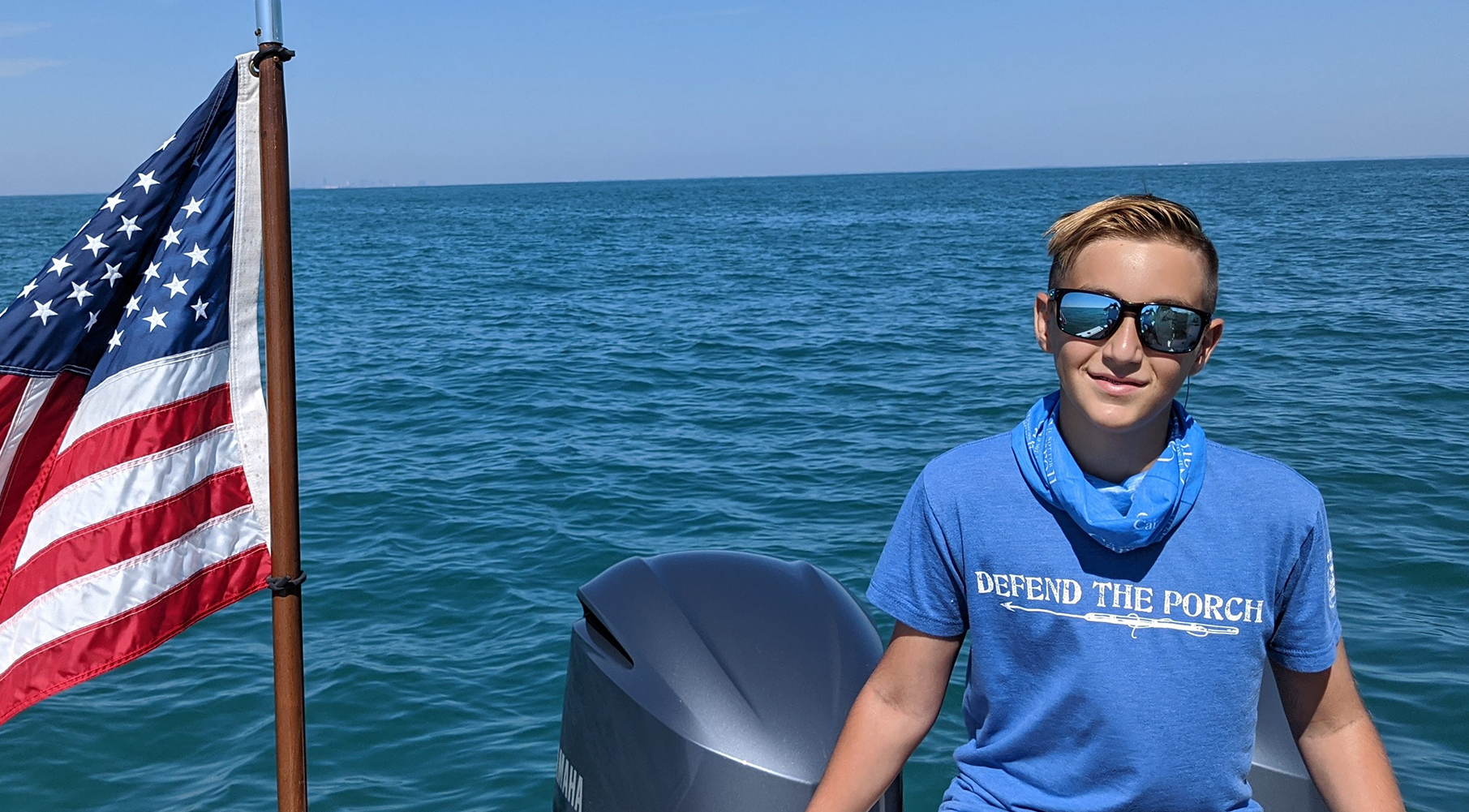 "We are stronger together than we are alone. "
- Walter Payton 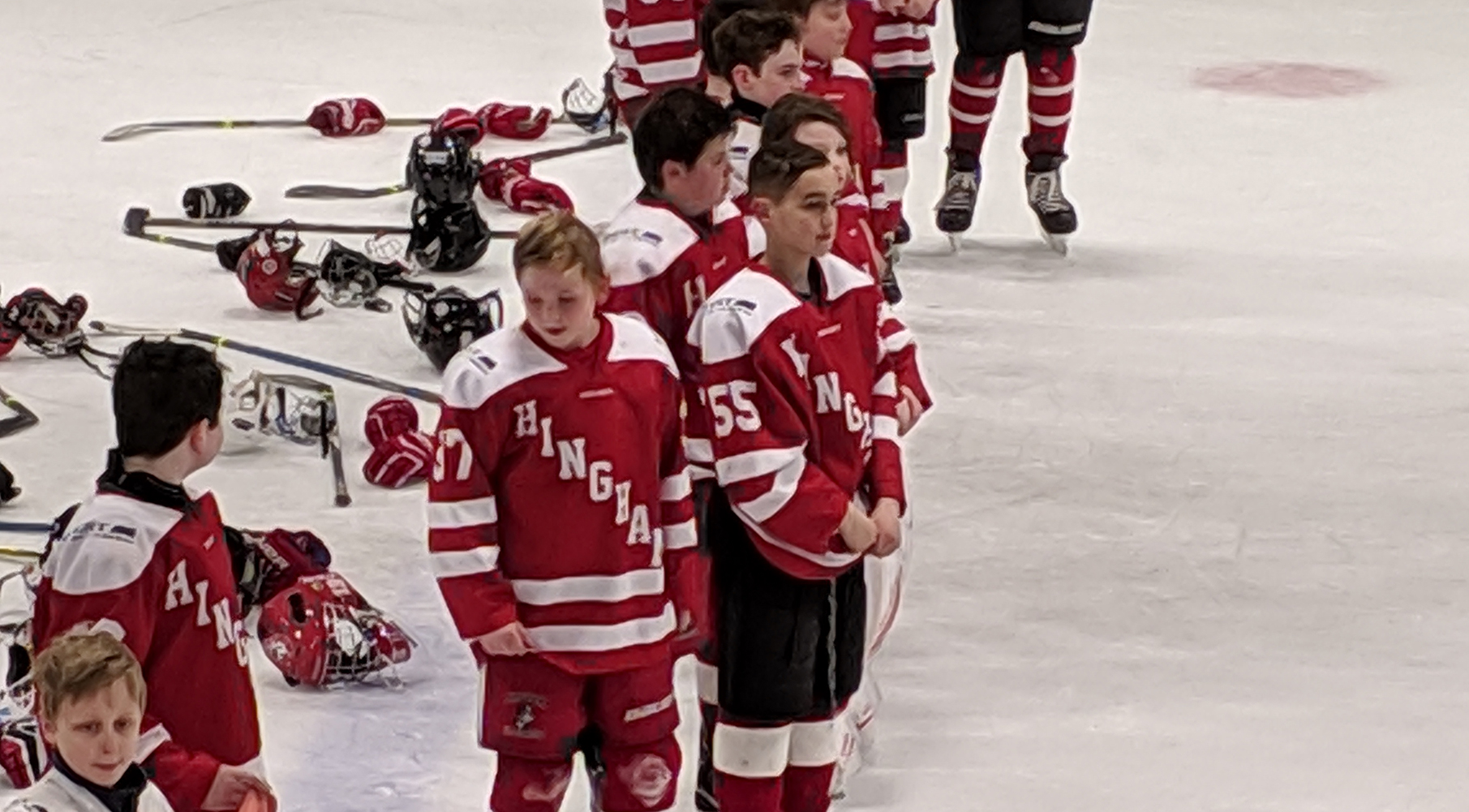 "When the unthinkable happens, the lighthouse is hope. Once we choose hope, everything is possible."
- Christopher Reeves 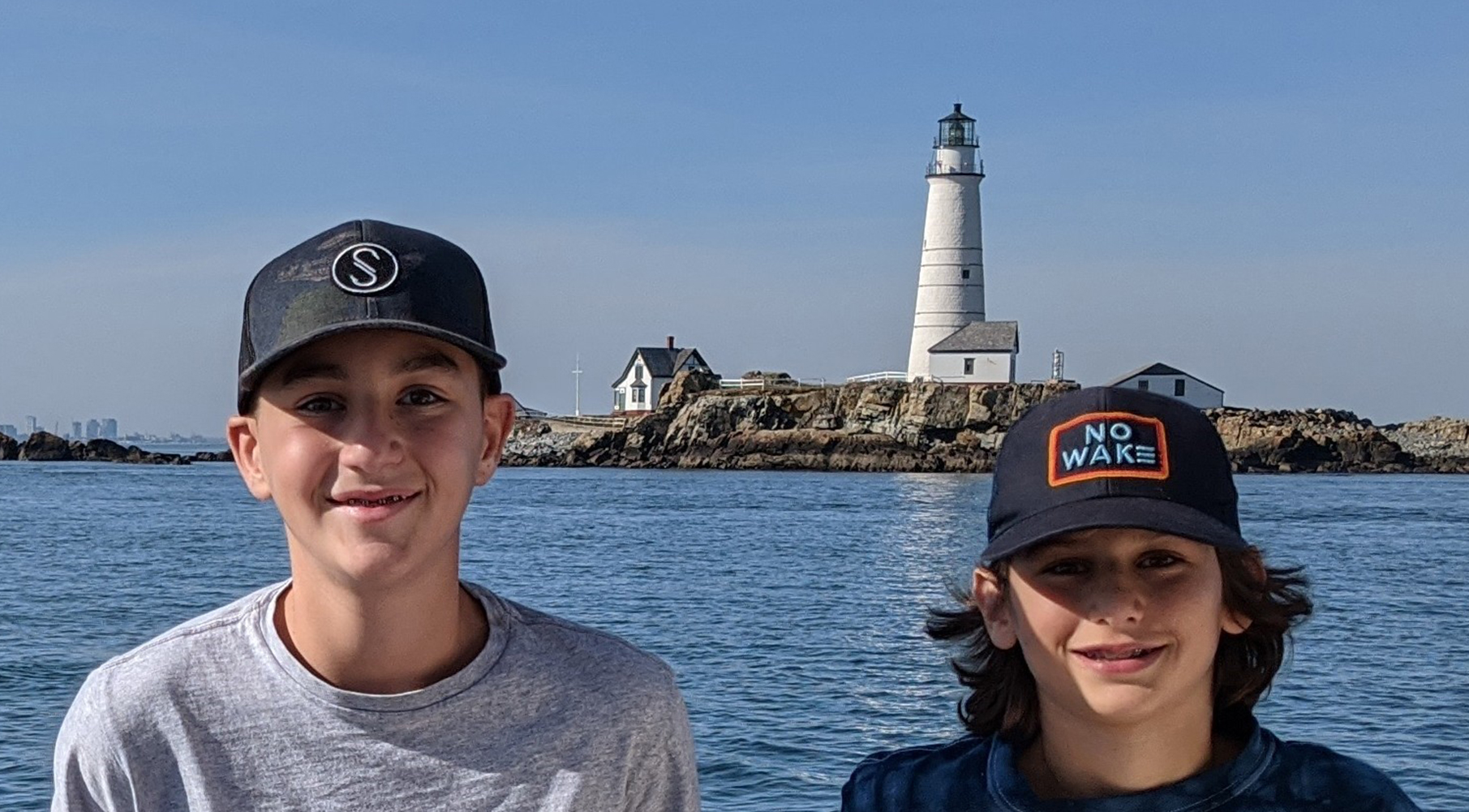 "Family is not an important thing. It's everything."
- Michael J. Fox 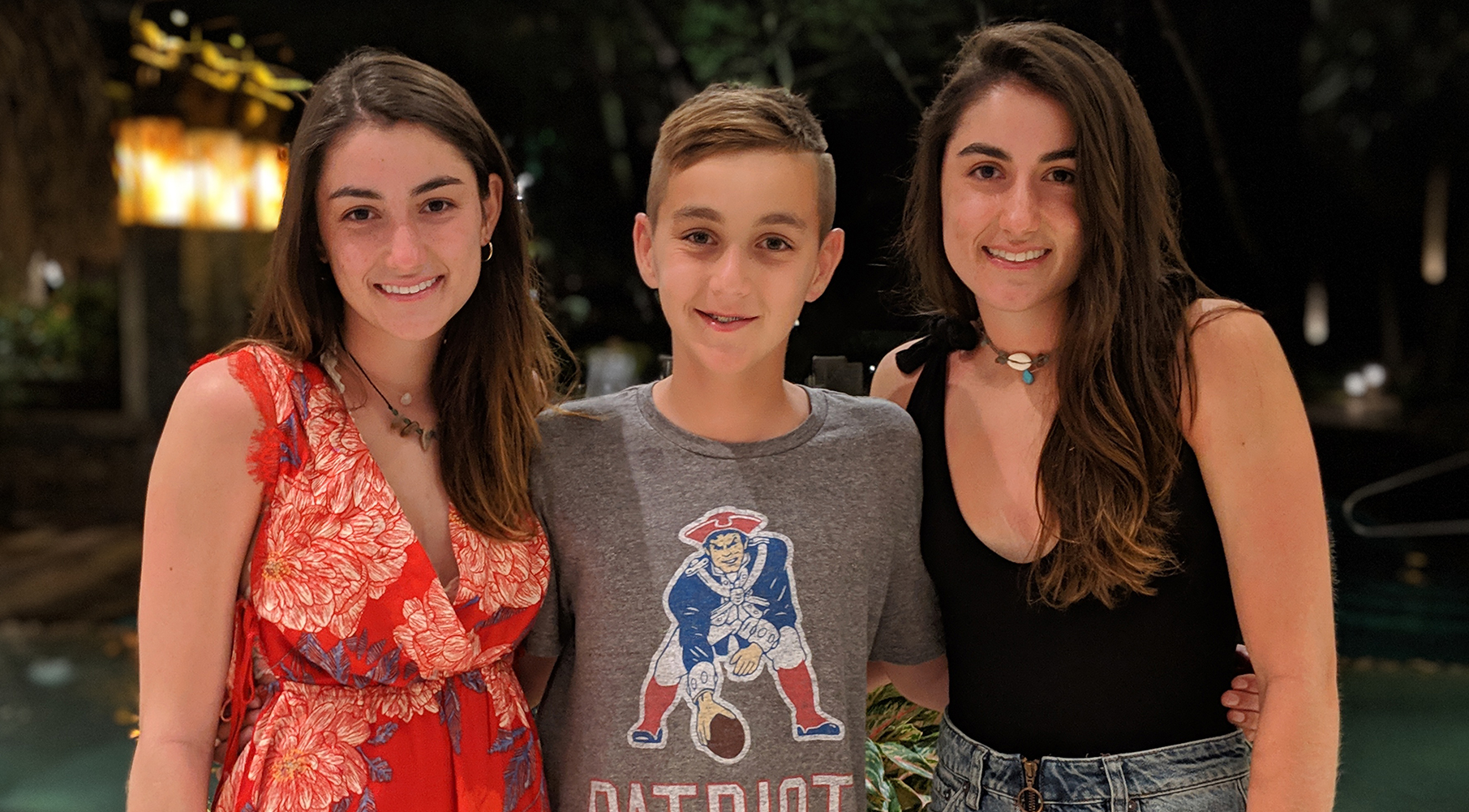 It’s safe to say, Mike Murray is a two-percenter, since (approximately) 2% of all pediatric brain tumors occur in adolescents aged 15-19. But for whatever reason, Mike’s tumor remained unobtrusive until he was 30 years old; yet the doctors are confident his glioma was initiated as a child until the stealth-like growth triggered life-changing events as an adult.

In The Blink of An Eye

Cancer can strike anyone at any time, and in those early moments of its arrival, recognizing that life is forever changed and how it will continue to be, delivers shock and fear in immeasurable quantities.

Time stopped. Immediate reflection began. When, how, where…these fundamental questions kept their family up night after night tracing steps and signs that could have given them the idea that this was happening. Over the next month, Jack would undergo multiple tissue biopsies and MRI’s to diagnose him with a Low-Grade Glioma.

Low Grade Gliomas are brain tumors that originate from glial cells, which support and nourish neurons in the brain. Glial tumors, or gliomas, are divided into four grades, depending on their cell’s appearance under a microscope. Grade 1 and 2 gliomas are considered low-grade and account for about two thirds of all pediatric tumors. In addition to their grade, low-grade gliomas are also classified based on their location and by the kind of glial cell – astrocytes, oligodendrocytes, or ependymocytes – from which they arise.

Most low-grade gliomas are both highly treatable and highly curable. The most common kind of low-grade glioma, called a pilocytic astrocytoma, has a cure rate over 90 percent. While some of this is good news in the world of cancer, Jack’s glioma was located on his brain stem and is largely cystic based, which caused a host of problems in regard to management. Because of this location, Jack had debilitating symptoms, such as problems with balance, smiling asymmetry and one-sided weakness. Additionally, the location poses a great risk if surgical intervention is attempted

Looking back, his dad Tony will tell you that Jack’s brain tumor journey started in November 2018. Jack was on cloud nine, having joined a hockey team in the fall and carrying on his family’s ice-skating tradition. Those who knew his late grandfather would tell Jack that he skated just like him… as a source of pride for him and the family.

That December, though, Tony noticed that Jack was “wobbly” during his daily leg strengthening exercises and skating. As 2019 began, Tony noticed Jack’s feet seemed to get confused during boxing lessons and he had a hard time lifting the puck while shooting during practice and pre-game warm-ups.

These small symptoms were mild and inconsistent and were mistakenly attributed to the challenges of a growth spurt.

In April 2019, while on vacation in Costa Rica, Jack mentioned that his left fingers felt different and did not move quickly like his right. Immediately they knew that something was wrong and began the daunting task of working with doctors and specialists to determine what was going on, ultimately leading them to Jack’s cancer diagnosis.

Fortunately, Jack and the Giorgio family are resolute and strong. They were not taking this diagnosis as a forgone conclusion but, in the true spirit of the family, used their strength and determination to uncover any possible treatment and intervention. This incredibly close family of five includes Jack, his parents, and older twin sisters, Madison and Allison. They are ambitious, adventurous people who live life with a focus on community and bringing people together everywhere they are. They are steeped in the belief that they are here for a greater purpose, to make this world better than they found it. In true Giorgio fashion, they rejected negativity and remained steadfast in the knowledge that they would beat this.

The initial chemotherapy treatments consisted of eight cycles of 6-week treatments, (4 weeks on, 2 weeks off) that have taken place every Friday for 15 months. Every Saturday following a treatment, Jack would have to stay home. He often felt sick and would fight to recover from his treatments while his friends were outside recreating and having the adventures most 12-year-olds enjoy.

His Drive and The 55

Since Jack’s diagnosis he has endured several complications. The tumor is large, and the cyst contains fluid, which then puts extreme pressure on surrounding brain tissue requiring the cyst to be drained a few times each month. After many surgeries, more surgeries to perform the drainage was no longer an option. An Ommaya reservoir was then Surgically placed so that the Cyst can be drained without needing frequent surgeries. An Ommaya reservoir is a plastic device that is implanted under the scalp which has a catheter leading to the center of the Cyst. This device can be the used to aspirate the fluid by simply inserting a syringe into the device and extracting to the fluid. This has proven to be effective for lessening the weakness symptoms Jack experiences when the cyst is filled.

Although his treatment journey has been painful and difficult, Jack pushes through with fierce determination. The week of August 10th, 2020 marked a turning point for Jack. In week 55 of treatment – the same number as Jack’s hockey jersey, Jack said that he felt as though his upcoming MRI would show a retraction of the tumor for the first time. The idea of this finally happening was a most welcome one, as the road to the 55-week mark had been long and difficult.

After watching and hoping every second of every day for over a year, the family had not only finally received the news they had been waiting for, having the Tumor retract but Jack’s cyst also did not need to be tapped to remove fluid and his blood work was stable for the fifth week in a row. All very encouraging news and Jack most certainly deserved it!

Jack’s parents, siblings, hockey coaches and teachers all describe Jack in the same way: a helper, always there for others, never unkind or insensitive. He captivates people with his smile, draws them in with conversation, and in his dad’s words: “He is driven to be kind and wants to be the kid that listens to others.” His parent’s belief that Jack also being diagnosed with Dyslexia at a young age and attending Carroll School, a school that specializes in helping kids with Dyslexia, promotes students to focus on working hard to overcome challenges. This has been essential for Jacks spirit to succeed and getting through his latest challenge.

Jack has exemplified strength beyond his years and has the great fortune of so many good friends, both old and new. They have been present in supporting him – not an easy feat for a 12-year-old in this type of situation.

The Giorgio’s have the gift of a strong network of a close family, longtime friends, co-workers and community relationships like Jack’s coaches and other hockey parents. Friends and family have been a huge support for the Giorgio’s as they often arrive over the weekend to deliver food, be present and spend time. Neighbors are constantly checking in to see how they can help. The hockey community: coaches and families alike have been providing so much support – their relationships extend well beyond the buzzer that goes off signaling the end of a game.

The Giorgio’s are incredibly blessed. They honor those blessings by paying them forward in every aspect of life: raising a family, participating in and giving back to the community, and supporting those in need around them.

Jack is not at the end of his journey, but his family is determined to share it with all who will listen, hoping that they can inspire others the way Jack inspires them. Jack has a drive inside of him – a drive to fight for others, to fight for his community, and to fight his brain tumor. The Giorgio’s have decided to turn Jack’s diagnosis and story of inspiration into an opportunity to deliver more awareness and kindness into the world. Please join the community of JacksDrive55.org and inspire others alongside him!